The Beautiful Roads of Irohakaza

With the Japanese border soon to be fully open for tourists, we thought it would be the perfect time to showcase a very famous sightseeing road in Japan. Arguably one of the most beautiful mountain roads in all of Japan which in fall is surrounded by beautiful orange leaves, is Irohazaka.

Irohazaka is the name of a pair of winding roads that link the upper elevations of the hilly Okunikko region to the lower elevations close to center Nikko. The Irohazaka Winding Roads are so named because they together have 48 hairpin turns.

The two roads were first constructed as some of Japan's first toll roads in 1954 and 1965, respectively, but were later made toll-free. The older route now only allows downward travel and features a pit break where two waterfalls may be seen. While the older route is only accessible from the upward direction. The Akechidaira Plateau, located close to the summit, has an observation platform with views of the Irohazaka and the valley below. 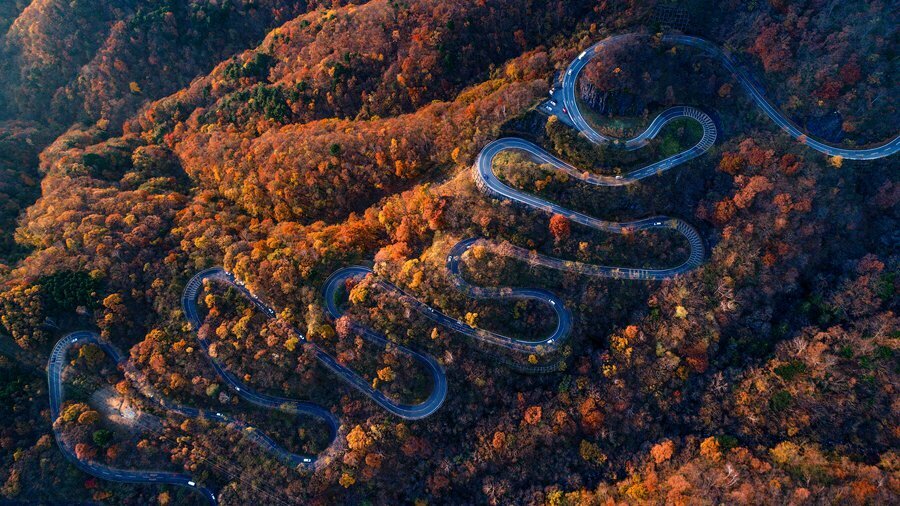 The best season to visit Irohazaka is the season of autumn leaves.

The autumn leaves in Nikko usually begin in late September near Ryuzu Falls (1,350m) and descend to Nikko City over a period of about two months.

The best time to enjoy the vivid autumn leaves on Irohazaka located on the way down is usually from mid to late October. 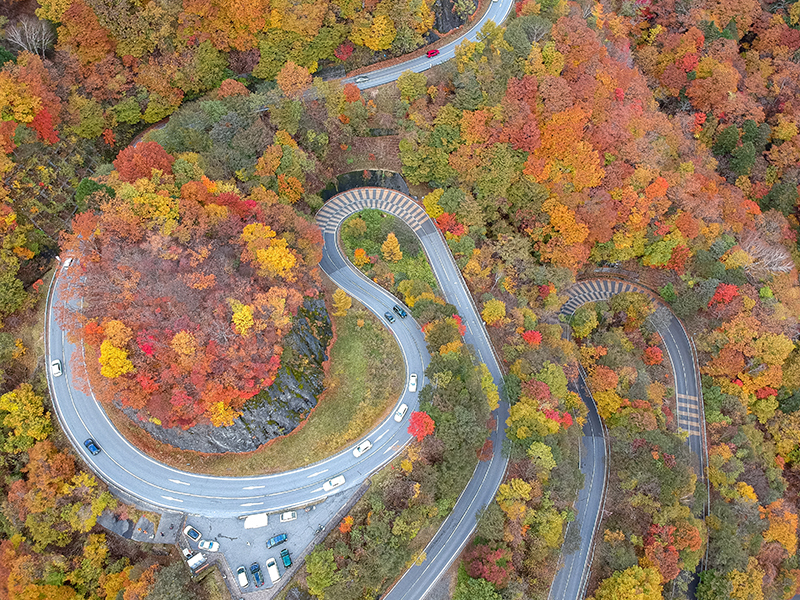 Irohazaka can usually be reached by car in about 2.5 hours from central Tokyo, and it takes about 15 minutes by car from the Kiyotaki IC of the Nikko Utsunomiya Road.

The 9.5-km uphill Daini Irohazaka usually takes 20 minutes, but during the fall, it takes 2 to 3 hours, so be sure to check traffic congestion information frequently.

Even on weekdays, it is crowded with autumn leaves tour buses, so it is recommended to move early in the morning to avoid traffic jams. 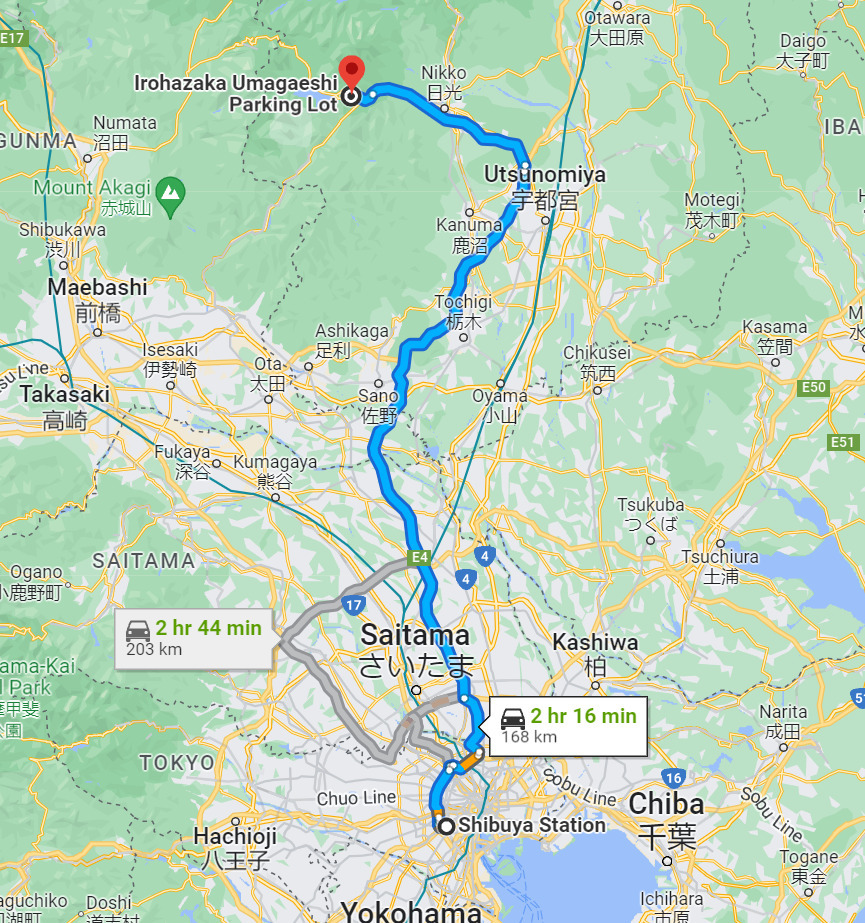 Of course, we would recommend using either car rental to go to Irozaka as you would be able to fully enjoy the beauty of Irohazaka at your own pace. If you however live in Japan or would want to own a car in Japan for your holidays, please don’t hesitate to make an inquiry at SBI Motor Japan as we’d be able to find the perfect car for you whatever your needs might be.