Driving in Japan might be a bit intimidating as they have many unique rules and signs which are only found here which might deter many tourists from driving in Japan. Do not fear, after reading this article, you would of at least had a good head start on how the rules of the road work in Japan!

Side of the road 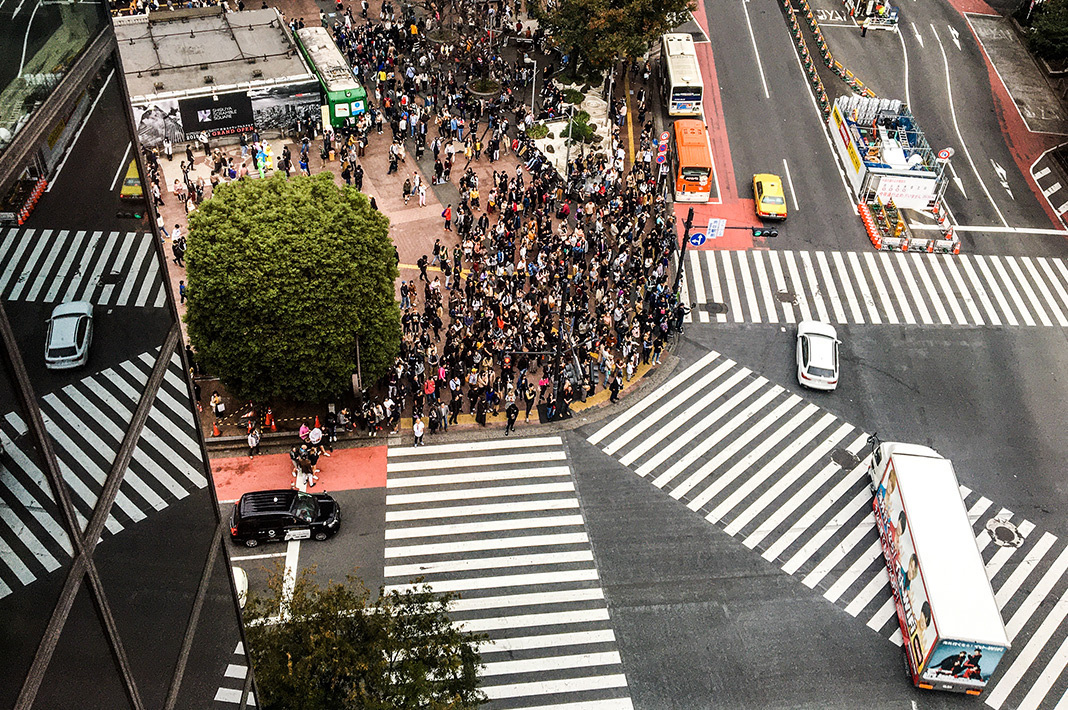 Japan drives on the left side of the road at all times. You'll need to reorient yourself to be able to drive on the left if you're from a right-side country (i.e. the vast majority of the world). This means the steering wheel will be on the opposite side of the vehicle, as well as your turn signals and wipers (be prepared to accidentally turn on your wipers quite a few times). When driving, make a left short turn and a right cross-traffic turn. Making the switch takes a few days and several incorrectly opened doors, but once you do, it becomes second nature. Despite being one of the most significant adjustments when driving in Japan, it is also one of the easiest to adjust to

When driving in Japan, most of the rules that apply in your home country apply; however, there are a few exceptions to be aware of.

1. Come to a complete stop at all railroad crossings. When approaching a railroad crossing, all traffic must treat it as a stop sign, similar to how school buses do in the United States. You approach the crossing, come to a halt, check both directions for train traffic, and then proceed. The railroad signals will alert you when a train is approaching, but it's a good idea to double-check just in case they're not working or are buggy for some reason. This restriction may appear to slow traffic excessively, but given the number of trains and other factors, it is necessary.

2. On red, there are no more spots available. Of course, it depends on your origins, but left on red (or right on red in right-hand-driving countries) is not permitted in Japan. Only go if the light is green or if a green arrow is given to you. Stopping is indicated by the color red.

Only a rectangular sign with a blue arrow pointing left, as illustrated below, is an exception to this rule. Regardless matter what the traffic light says, this sign suggests that a left turn is acceptable. It is still required, though, to arrive. 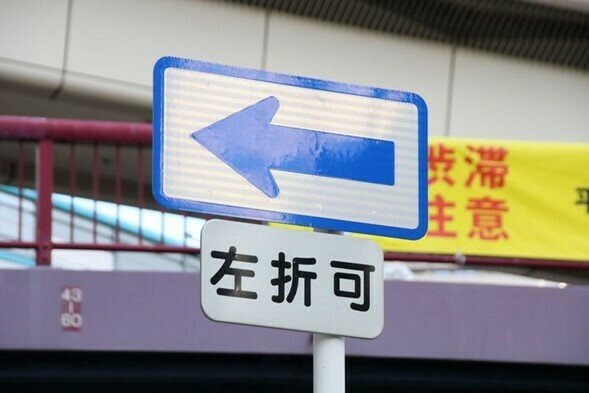 3. Green arrows and red lights When you see it for the first time, it's a little perplexing. If you observe a traffic light with a green arrow pointing in the direction you're heading and a red light, it signifies you should continue in your current route, but only in your current direction. All other left/right turns are subject to the red light. When you see a green arrow, regardless of what the rest of the light displays, you can go in the direction it is pointing. 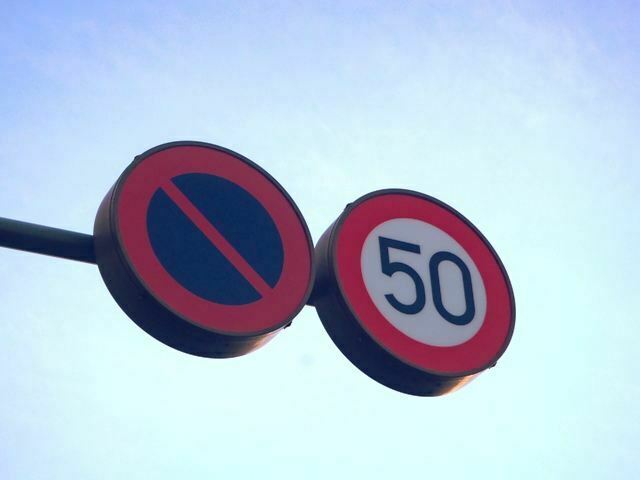 Japan is known for its sluggish, and in some circumstances, extremely slow, driving. This is especially true when compared to the United States, where anything from residential streets to highways will be 10-20 mph faster. Even on the Japanese tollway, you are not permitted to drive too quickly. Keep a close watch on your speed and the speed of the traffic around you, as well as the speed limit signs.

The maximum speed limit is indicated by the sign on the left, while the minimum speed limit is indicated by the sign on the right with the line below the number (this sign is rarer to see). Low-speed restrictions on Japanese roads may be inconvenient, and they do make getting around take a long time, but they are a safety precaution due to Japan's small and sometimes twisting roadways. There are roads where two-way traffic is permitted despite the fact that only one car can fit, as well as several blind curves and hidden passageways, all of which will include automobiles. It is safer and allows you more time to react in the event of an emergency.

Although most of these are shown, some may be difficult to understand while driving. Before you hit the streets, spend some time getting to know them. 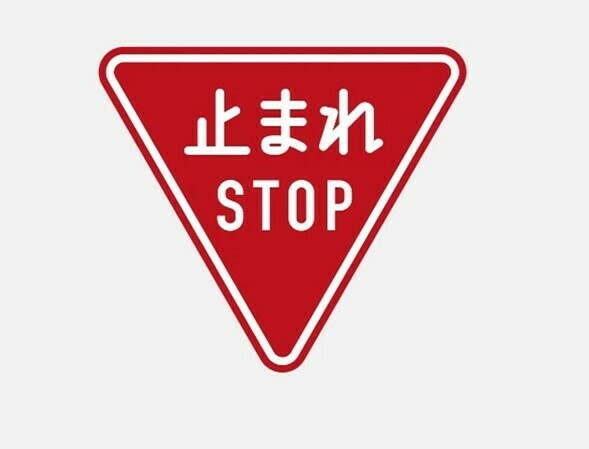 Stop signs in Japan are red and triangular, with the word (tomare) inscribed on them. The English word will be provided on occasion, but not usually. 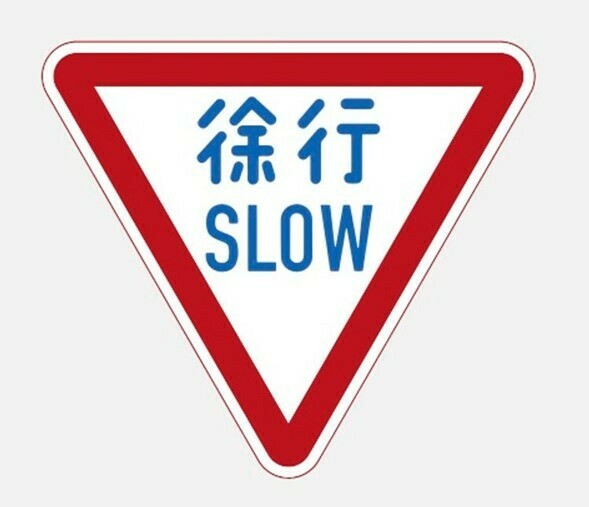 The slow down sign, like the stop sign, may include English, although most of the time it will only display the Japanese word (jokou). Slow down to 10 km/hr or less when you see this sign so you can stop quickly if necessary.

There are three separate do-not-enter signs that warn that you should not turn down a certain street, which can be confusing. One-way streets are extremely frequent in the city, especially where the roadways are small. Don't make the mistake of going down that street if you see any of the above signs.

The no parking signs (the two signs on the left) can be identified from the do not enter signs above by their blue backgrounds. This blue color reflects the much rarer parking allowed sign (above on the right). Outside of the rural countryside, streets with street parking are uncommon in Japan, unlike in many other nations. If you're parking in the city, you'll almost certainly find yourself in a metered lot. If you see a notice like the one in the photo above, however, you can park on the street for the specified amount of time (in the case of the sign above, parking is allowed for a maximum of 60 minutes from 8:00 am to 8:00 pm). 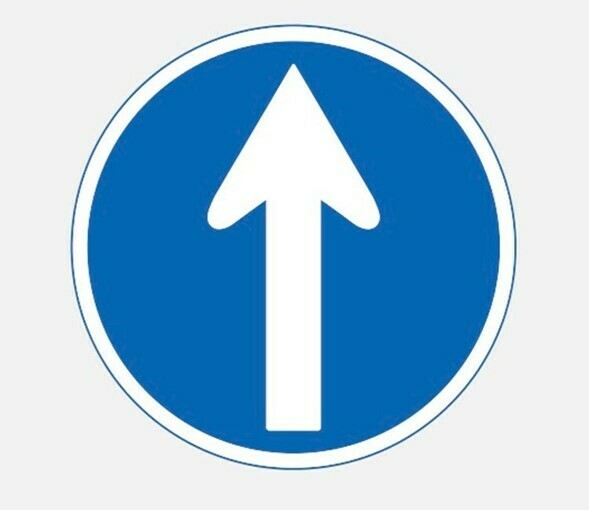 A street with one-way traffic is indicated by the sign above. On such a roadway, you can drive down the middle without fear of being hit from the opposite direction (but watch out for bicycles, who are usually exempt from the restriction).